Yet the forlorn island also featured hundreds of gigantic statues of carved rock. How could people without wheels or ropes, on an island without trees, have moved 90-ton statues 10 m (33 ft) high as far as 10 km (6.2 mi) from the quarry where they were chiseled to the sites where they were erected? Apparently some calamity must have befallen a once-mighty civilization on the island. 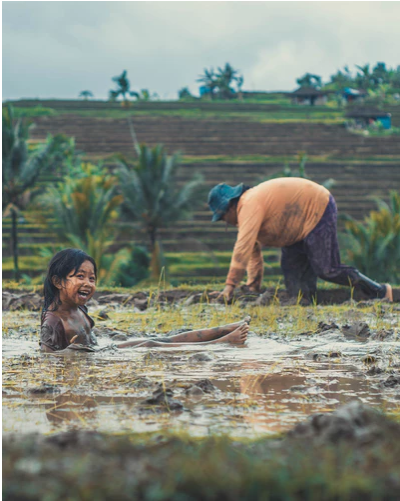 Researchers who set out to solve Rapa Nui’s mysteries soon discovered that the island had once been lushly forested. Scientist John Flenley and his colleagues drilled cores deep into lake sediments and examined ancient pollen grains preserved there, seeking to reconstruct, layer by layer, the history of vegetation in the region.

Finding a great deal of palm pollen, they inferred that when Polynesian people colonized the island (A.D. 300–900, they estimated), it was covered with palm trees similar to the Chilean wine palm—a tree that can live for centuries. By studying pollen and the remains of wood from charcoal, archaeologist Catherine Orliac found that at least 21 other plant species—now gone—had also been common.

Clearly the island had once supported a diverse forest. Forest plants would have provided fuelwood, building material for houses and canoes, fruit to eat, fiber for clothing—and, researchers guessed, logs and fibrous rope to help move statues.